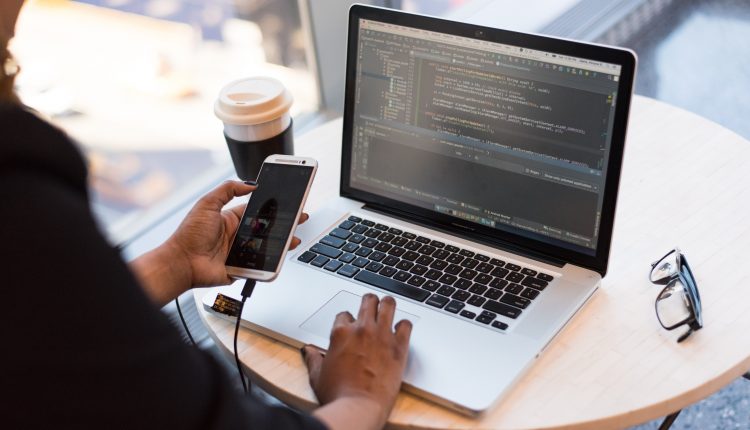 Mobile App Development will undoubtedly be one of the most popular trends in the twenty-first century. As a result, many app development businesses follow this trend in order to maximize profits. In recent times, on-demand delivery app development is on a rise, with many apps like UberEats, Foodpanda using basic functionality to provide value, app like these is not very hard to build, you just need a good idea. Some businesses, on the other hand, demonstrate their superiority by providing clients with valuable apps in other domains. At the same time, some firms fail to deliver functional Apps, in contrast to top corporations that adhere to the most up-to-date development method.

These Mobile App Development firms, on the other hand, recruit the most experienced mobile app developers since they are intimately familiar with the development process. They may also create apps from the bottom up and add significant features to them. We’ll go through the top six development planning strategies in this item. Before you start building an app, there are a few things you should know:

The first phase of building a mobile app transforms your extensive planning into a functional app. Several elements of building applications will be strategized and addressed in this phase, namely the app’s target consumers and their needs. Most novice developers, however, bypass this step and go straight to coding. As a result, it has a hard time attracting users.

A smartphone app typically takes three to six months to build. While clever planning and some background research aid in the creation of the innovative app.

Some suggestions for strategizing:

Knowing who your app’s target user is will make it much easier to prepare ahead.

Perform some preliminary research on the relevant app concept.

Set the goals and objectives for the mobile app.

Choose between Android and iOS for your mobile app platform.

Create an app that is intelligent.

At this phase, your app tactics and ideas begin to take shape as a real project. To begin, analysis and planning include gathering all of the app’s functional requirements and defining the app’s use case. Following the identification of the app’s needs, create a product plan. Finally, the product roadmap ranks and categorizes the mobile app needs into achievable milestones.

In addition, choosing platforms to create the mobile app is part of the analysis and planning process. Because the development platforms and tools used by Android and iOS are different. Above importantly, each mobile platform now has its own set of developers. As a result, if you want to create an iOS or Android mobile app, you’ll need two developers. Unless prices and time are an issue, you may also create your MVP (minimum-viable-product).

The name of your mobile app is also included in this area. Choosing a name for your phone may be a difficult task. Most apps, on the other hand, are enchanted by their clever titles.

To begin with, the majority of users are completely absorbed by the mobile app design. This section is mostly concerned with improving and refining the looks of mobile app screens. Users get an all-in-one and elegant user experience thanks to UI/UX design. The majority of the time, a User wants visually appealing, interactive software. As a result, front-end developers have a high hiring rate in app development firms. A front-end developer ensures that websites and apps are simple to use.

The following are elements of UI/UX design:

The following categories make up this section:

Databases and server-side technologies are also known as Back-End/Server technologies, and they enable the mobile app’s core features.

This method establishes a relationship between the front-end and the back-end. To put it another way, API allows two apps to communicate with one another. API can be compared to a waiter in a broader sense. Who receives consumer orders (front-end) and then places them in the kitchen? (backend).

Front-End of a Mobile App

An end-user utilizes a native mobile app. In most cases, consumers can only access the app’s front-end, while the backend is only accessible to the app’s creator and owner.

Backend API for the front-end

In the front-end, the user uses an API to request data from the back-end. In exchange, the backend fulfills the user’s request through API. And then deliver the requested request to the users.

Testing, too, is often overlooked, despite the fact that it is related to the arguments made above. Testing ensures the quality and functionality of the mobile app, making it more reliable, useful, and safe. As a result, it assures that your software is subjected to a wide range of QA (Quality Assurance) testing.

The app should be able to withstand the following testing procedures:

Testing of devices and platforms

Finally, the smartphone app development process comes to a close. Release your software to reach out to users—Apple Store for iOS mobile applications and Google Play Store for Android mobile apps—as part of development and support. Before releasing your app, ensure sure you have a developer account in each of the above app marketplaces.

Additionally, before its distribution in-app marketplaces, the following metadata must be prepared:

Screens from the app store

The app store allows you to track your program’s progress once it’s been released, including the number of downloads, crash reports, and user-reported bugs.

That’s not all, though. You must constantly work on the mobile app if you want significant and long-term success. To stay on top, you must assure technical development and update your software on a regular basis for new features and a new mobile platform.

To summarize, many individuals download many applications on their cell phones on a regular basis. As a result, the mobile application development trend will never veer away from success. This article may encourage you to pursue a career in mobile app development or to invest in apps after reading it. Simply come up with one of the greatest mobile app concepts and present it to mobile development businesses.

How to Buy Bedroom Furniture Online

Internet open, but big tech needs to be accountable to users: IT MoS

How many seasons of Riverdale are available on Netflix?

Canada’s Bruce Xiaoyu Liu has won 1st prize at the…