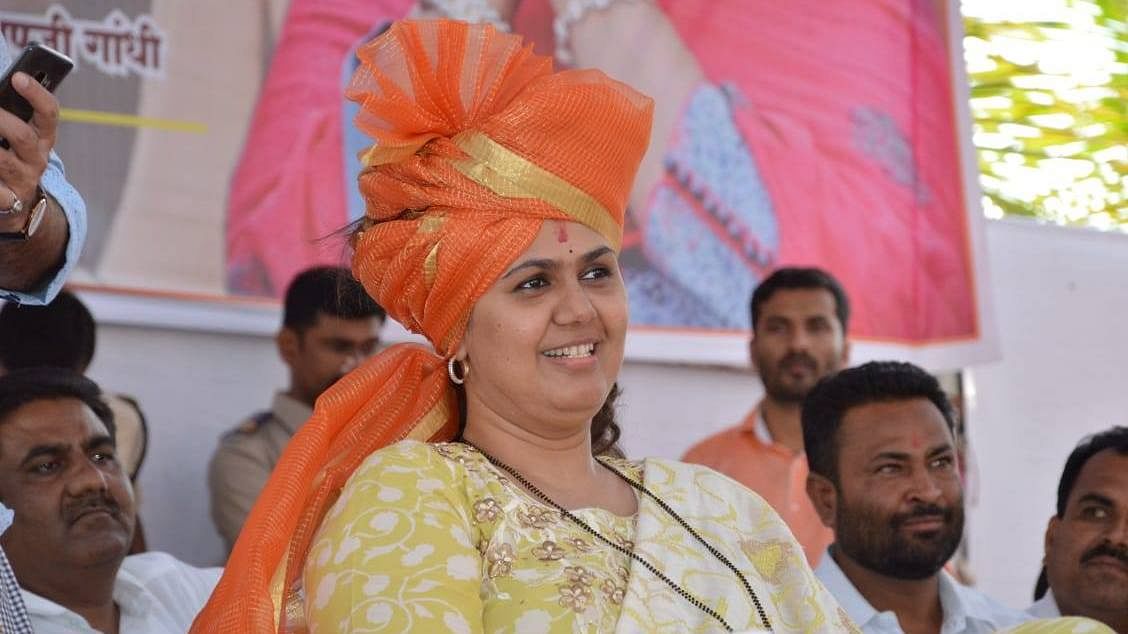 
Mumbai: Over the past two years, there has been a rift between Bharatiya Janata Party (BJP) leader Pankaja Munde, late Gopinath Munde’s daughter, and the party leadership, especially at the state level.

On Friday, sparks could fly once again as Munde addresses her first in-person Dussehra rally since the pandemic at Bhagwangad in her home district of Beed.

Munde posted a video message on her Facebook page Thursday morning, requesting her followers to adhere to Covid protocol during the rally. Towards the end of the 3.46-minute message, she added cryptically: “I want to say a lot to you. In two years, a lot of things have piled up in my mind. I want to listen to you and I also want to say certain things.”

Munde further suggested that she has faced many challenges in the last two years and wanted to take her supporters in confidence at the rally which she tied to their common “pride and self respect”.

“This (the rally) is an energy, it is a power. You are coming there in large numbers. In the last two years, we saw a number of ups and downs. There were a lot of challenges… successes and failures. And from here, what direction we should take and how to continue the journey in the future. This is going to be the tone of my speech,” Munde further said in her message.

Also read: Why BJP is losing grip on Nagpur, Congress is clawing back lost ground in former stronghold

Ever since former Chief Minister Devendra Fadnavis became the face of the BJP in Maharashtra, there has been silent resentment within the old guard as Fadnavis systematically clipped their wings, said party sources. Munde, a former minister in the erstwhile Fadnavis cabinet, was one of those at the receiving end.

The annual Dussehra rally at Bhagwangad was a tradition that senior Munde started, which Pankaja Munde took over in 2014 after her father’s death. Like the rally, she also took over her father’s legacy and his mass following within the Other Backward Classes’ (OBC) Vanjari community.

The early signs of Munde’s unease within the Maharashtra BJP under Fadnavis’ leadership were seen in 2016, when he took away the water conservation portfolio, under which his flagship Jal Yukta Shivar was constituted, from her charge. Munde had tweeted that she would not attend a global water summit henceforth as she no longer held the portfolio to which Fadnavis responded saying she must attend it as a representative of the government.

Since the end of 2019, Munde’s anger has often simmered, but never boiled over into rebellion.

In December 2019, after Munde lost her constituency to the Nationalist Congress Party (NCP) in the state polls and the BJP lost the race to form the government to the Maha Vikas Aghadi (MVA), she almost led an open revolt against Fadnavis — but without naming him.

“The media debates and discusses about me quitting the party or mounting pressure on party leadership. This is being deliberately done by some people to ensure that I don’t get any particular party post,” Munde said, adding the BJP does not need a party “controlled by a handful of people”.

In May 2020, BJP old-timers such as Munde and Vinod Tawde, Chandrashekhar Bawankule and Eknath Khadse (now with NCP), were once again snubbed when all of them were overlooked for a membership to the state legislative council. The party decided to nominate relatively new faces who are known to be Fadnavis supporters.

The party eventually placated Munde and Tawde by appointing them as national secretaries in September 2020.

In July this year, the rift between Munde and the BJP again came to the fore when she was expecting the inclusion of her sister, Lok Sabha MP Pritam Munde, in the Narendra Modi-led Union cabinet. Instead, from Maharashtra, the BJP leadership picked Narayan Rane as cabinet minister and Bharati Pawar, Kapil Patil and Bhagwat Karad as junior ministers, overlooking the Munde family.

The decision to choose Karad, a Rajya Sabha MP, especially stung as he belongs to the OBC’s Vanjari community which, within the BJP, is largely represented by the Munde clan. Neither Pritam nor Pankaja made any public statements or tweets congratulating their BJP colleagues for making it to the Union cabinet, triggering talks of them being upset.

A large number of party workers who are Munde’s supporters resigned from their official posts in protest, while Munde said she will always try to avoid a “dharmayuddha with the Kauravas” and emphasised that she cannot be written off yet.